There is something (good) to be said about domestication.

There’s something to be said about domestication. Sexist depictions of women hanging out in the kitchen and making sandwiches aside, there’s a certain appeal in knowing your way around the house. This side of the world (I’m back in Asia, btw), it’s not always a given. We’re almost expected to be dependent household-wise and any allusions to wanting to break free of the nest is scoffed at and immediately dismissed as disrespectful. But I’ve always admired—and respected—those who can work a washing machine, know how to clean nooks and crannies, make coffee, and just fend for one’s self without having to rely on microwavable mac and cheese on a daily humdrum basis (at which point I’m still at). In my defense, I used to be able to cook all sorts of things I just haven’t done it in a really long while.

Now, in asserting how independent I am to people, I have rebutted that independence comes in different forms. (Though the fact that I had to vehemently defend just how independent I am maybe speaks for my falling short of it). Independence could be measured financially, I said. It could also be in terms of working on one’s own without having to constantly rely on other people for help. It could also mean singularity of mind and being able to make decisions by- and for- oneself. A lot of times I don’t throw domestication in the rebuttal mix because it’s an area I’m not necessarily adept at. There is shame in that, to be honest, but you and I are much closer than we both thought possible and you, dear reader, deserve to know the truth.

But that should change. I always thought moving to New York would be the truest testament of my independence—a rebellious, dramatic proclamation of what I thought independence should look like. Obviously, I haven’t moved yet. We’re still holding on to that dream despite the fear of failure which, trust me, gives me anxiety now and then.

In the meantime, I’m trying to remember just how many containers of detergent I have to put per wash cycle, how much oil to pour in a pan to make my favorite pasta and to not hunch my back so much when washing dishes because #lowerbackpains are real. I can’t delay growing up just because I’m delaying a life change out of fear. And that’s the truth. I don’t know how my nieces in Michigan are so much more capable of running a household than I am with a full ten-year advantage. Shame, shame. Maybe posing with the washing machine is stretching it a bit but I’m trying to prove a point and that is that domestication is just as admirable as the living-the-life posts on Instagram with matching breakfast buffet spreads: hashtag, hotel life.

I can make chocolate covered strawberries though so I’m still winning in life? Kind of? 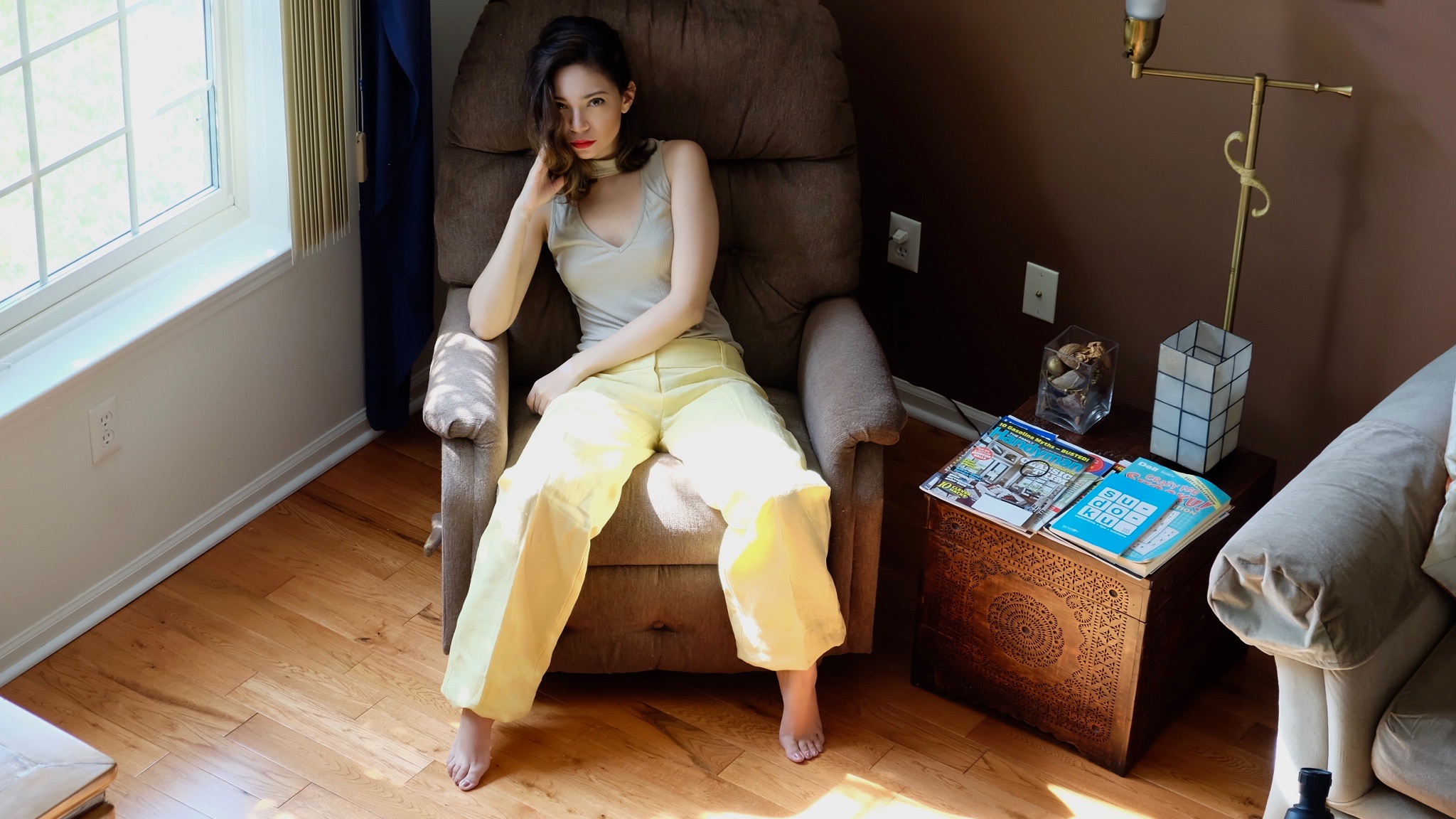 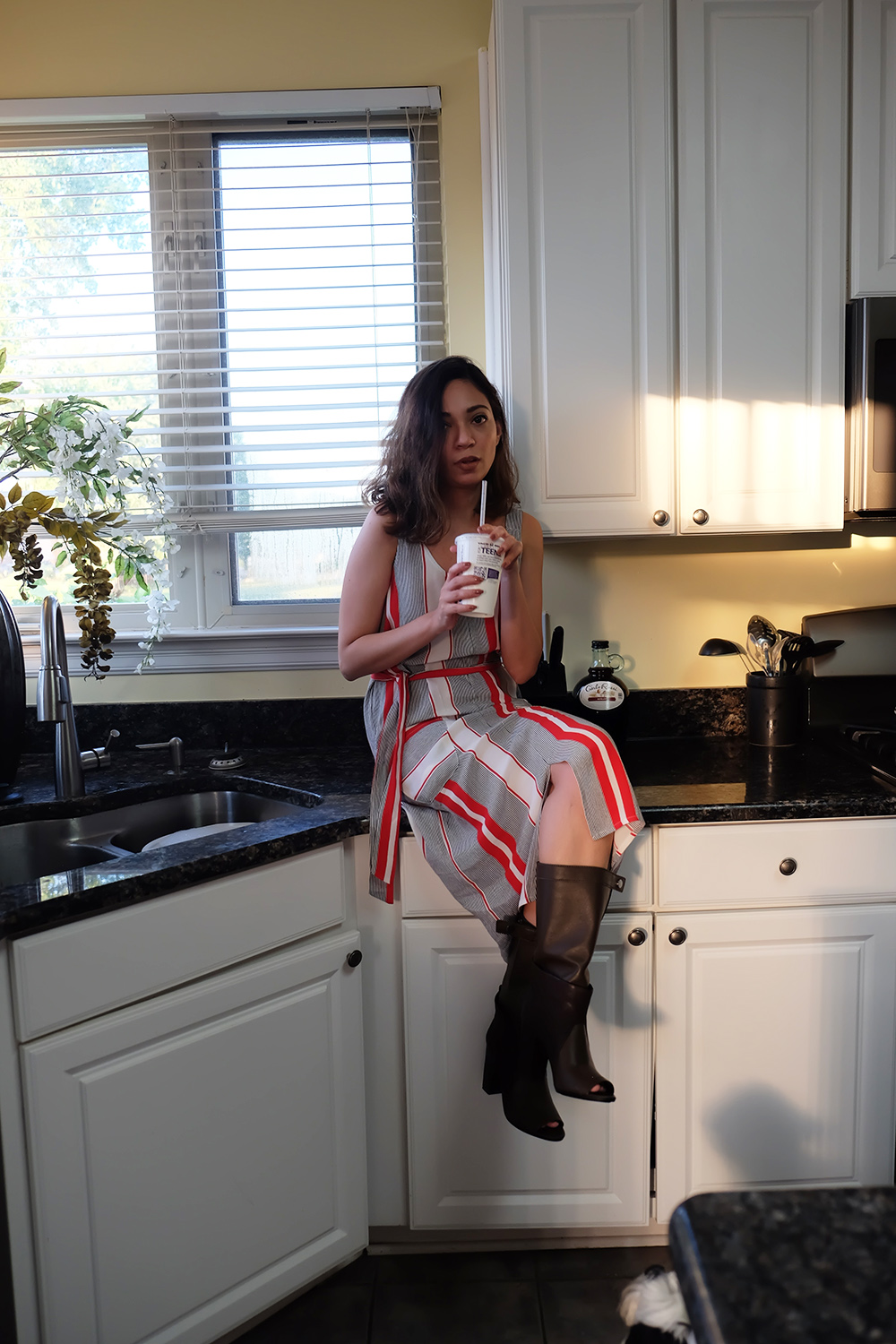 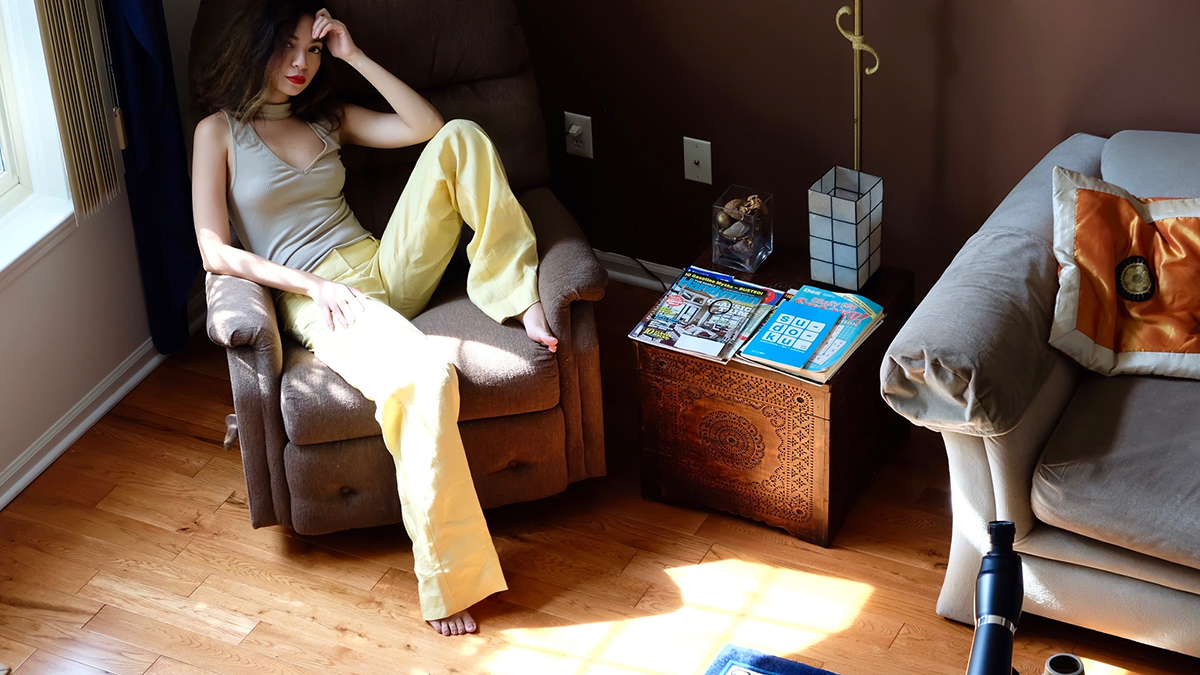 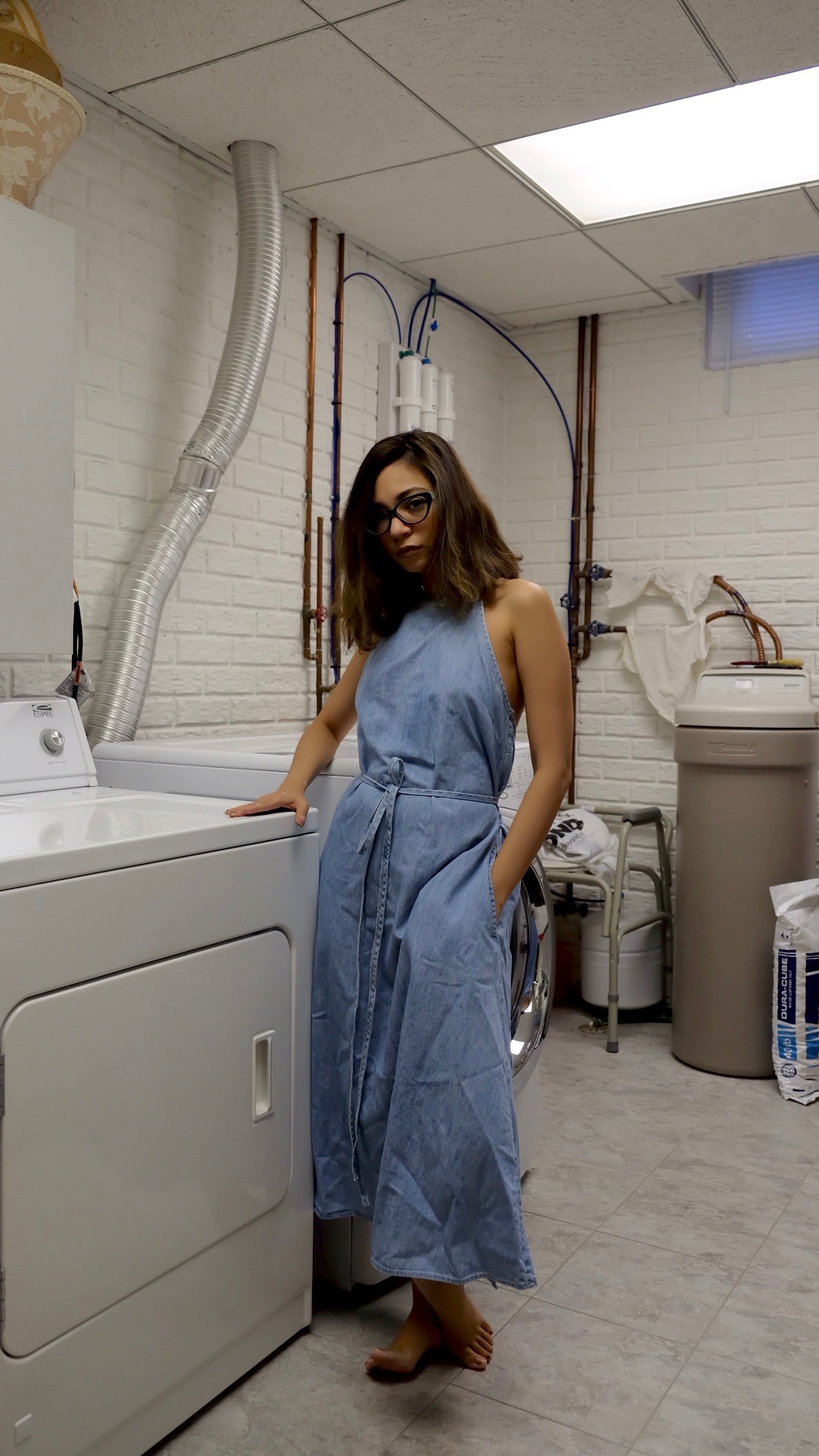 Who Run the World

Business In the Front, Party In the Back