Church of Nativity: The Birthplace of Christ and the many, many tourists 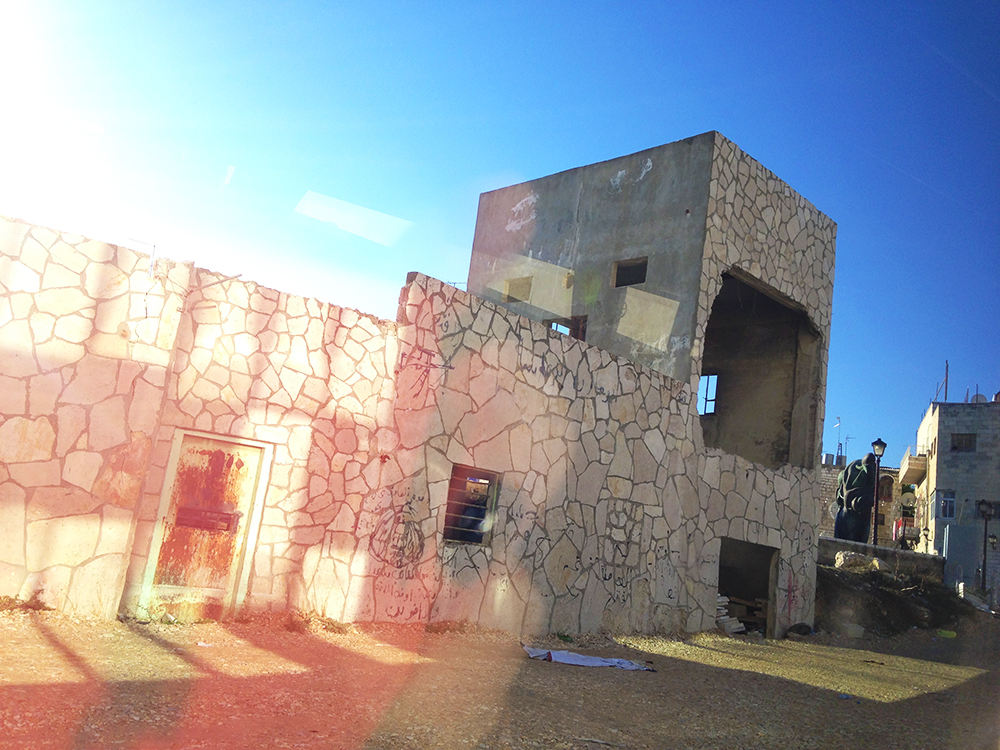 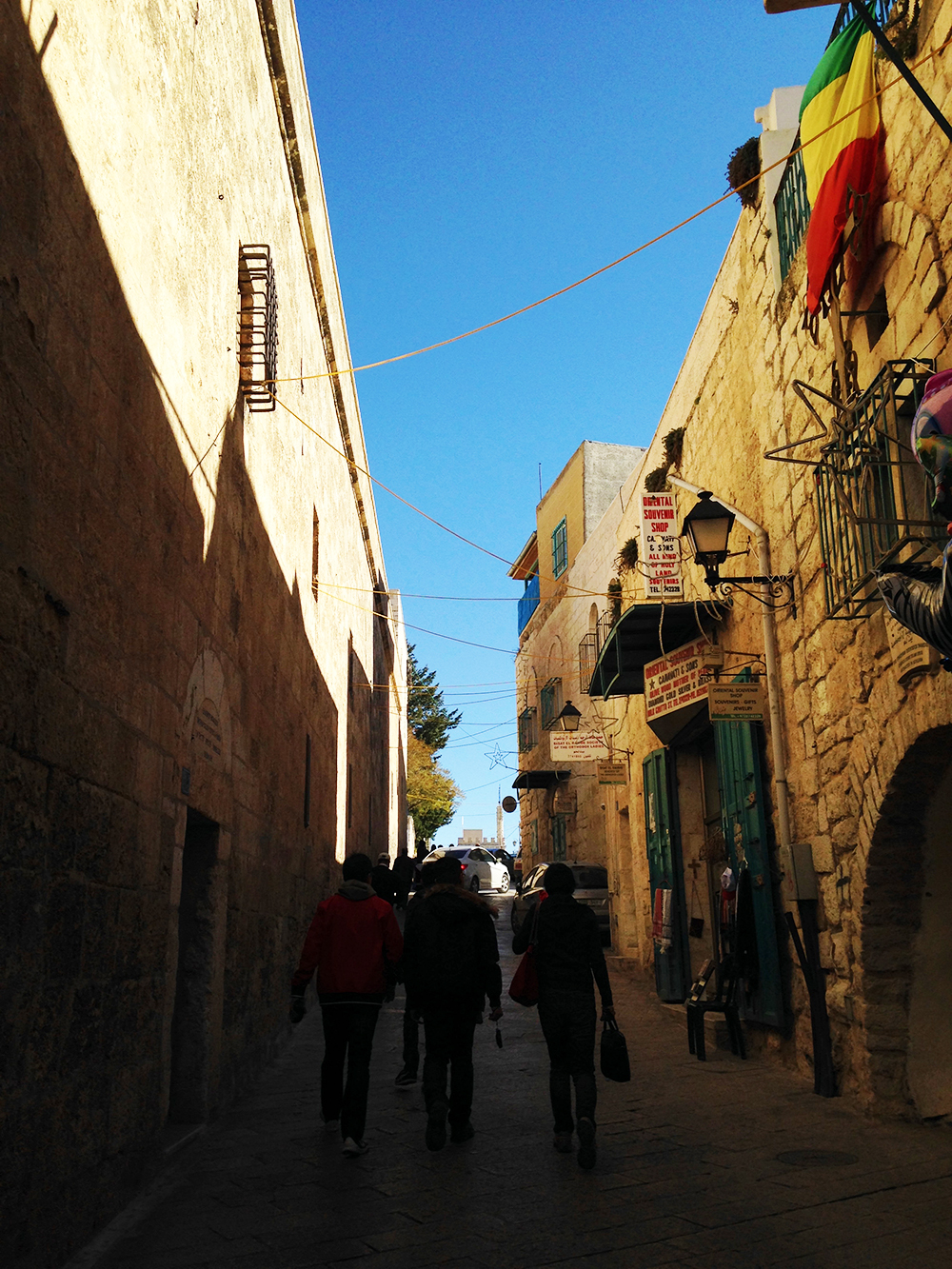 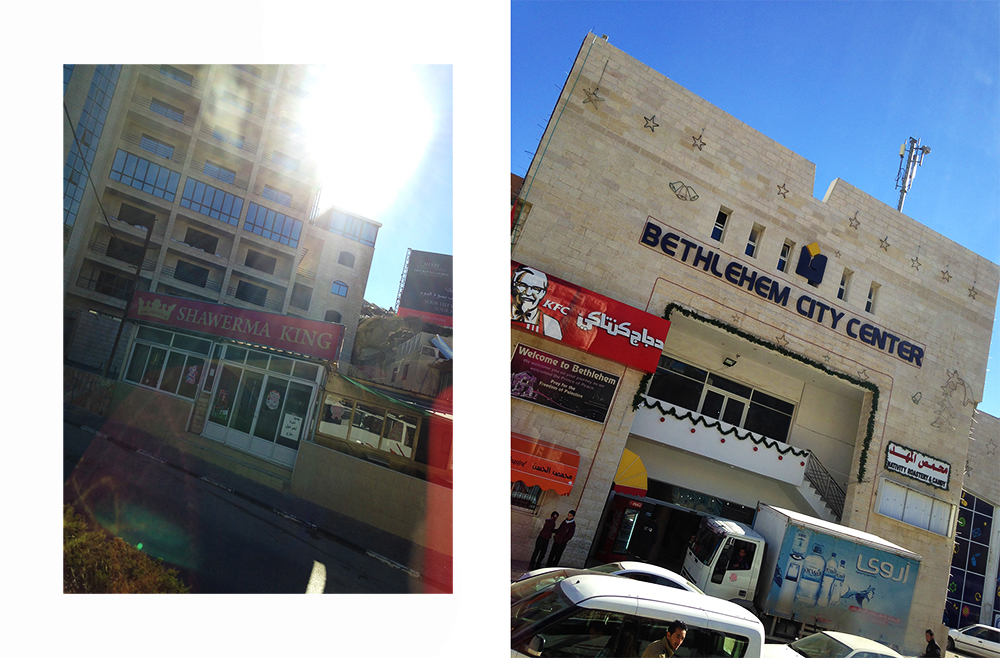 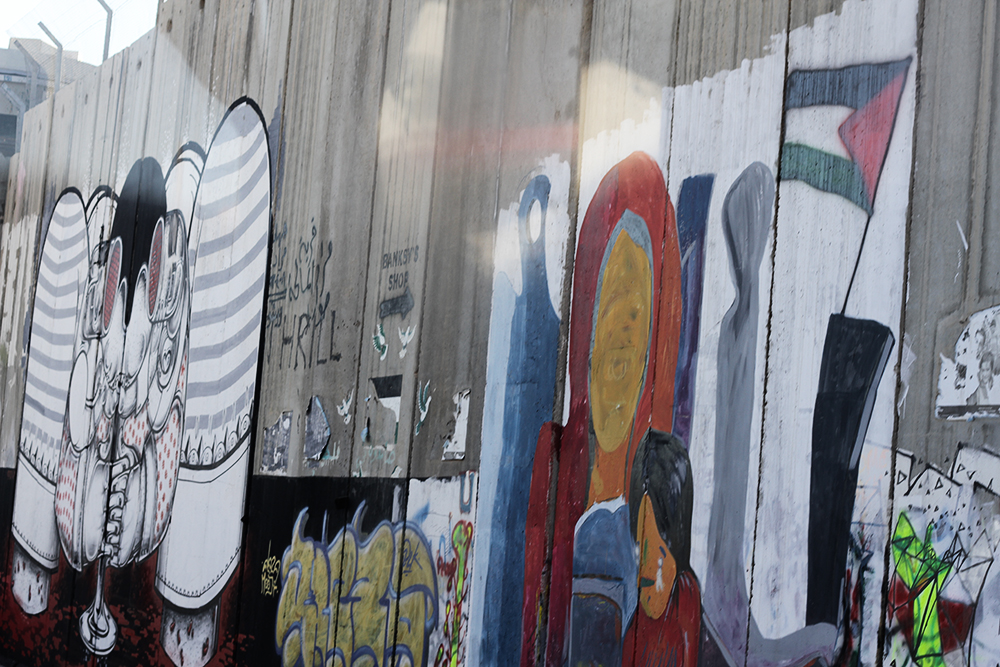 The star marks the spot where Jesus was born 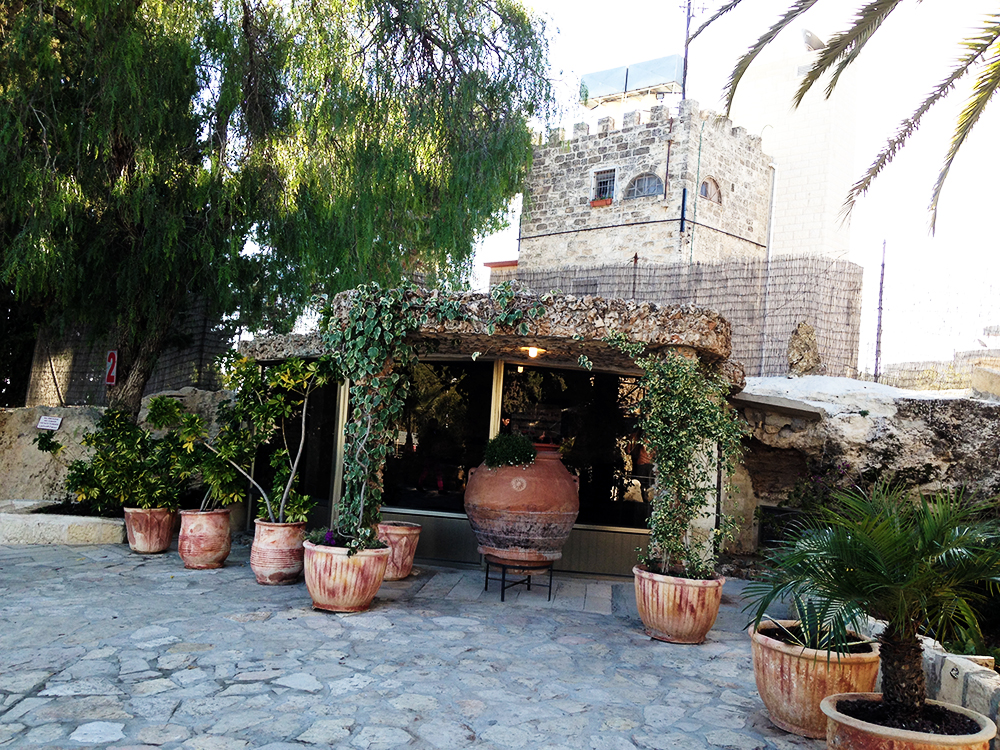 Spending the day Jesus was born in the actual place where Jesus was born tops my Awesome Christmas List. Yes, it was a pilgrimage, and yes, it’s probably slightly out of character but it was, in all senses of the word, magical. Most often I feel removed from what we’re celebrating (and, well, praying in general actually), but this pilgrimage changed that. When I find inspiration to finally put into words the whole experience in one post, I will. But for now let’s take it by city.

Bethlehem is this small town that’s a little less rich than its other more famous biblical counterparts. The churches we visited, although now currently churches, were all monumental areas in Jesus’ life and the original form was kept in tact somehow (e.g., churches built on mountains had glass panels on the floor for viewers to see the actual rocks), etc.)

In no particular order, the tour group visited the Church of the Nativity, kissing the exact spot where Jesus was born and praying over the area the animals were supposed to have been in in the manger. We also visited the natural cave where the Three Kings were first said to see the guiding star (from the Guardian Angel).

Another site was the Milk Grotto where Mary nursed Jesus and where her milk supposedly fell. It’s a go to miraculous place for women who want to have children but the place has also been getting testimonies recently of cured illnesses such as cancer. (For those interested, there are milk powder bottles that you can purchase there that you include in your daily drinks. Skepticism is not something that I’ll try to entertain here but one of the people in our group is actually a devotee. He and his wife have been trying to have babies for 7 years and he firmly believes it was the milk that helped them. She’s currently pregnant right now.)

A few non-religious notes include spending a night at the city center for a concert that included different talents hailing from countries all over the world. We, of course, had representatives with world-class performers Isay Alvarez and Robert Sena serenading us with a medley of both Christmas songs and their forte, theater pieces. And I know it’ll seem biased but I heard the rest of the performers throughout the night from my hotel room (we only watched the Filipino segment), but I truthfully think our reps were the best. Even the Palestinians agreed.

Spent Christmas Eve playing getting to know you games which was fun. I never lost, of course. But not losing involved pushing people out of their seats and bullying them into doing by bidding. Not easy, but accomplished. A round of pleasantries, exchange gifts and, most importantly, a round of drinks were the line up for the night. The drinking part included even more games but, again, winning makes all exertions of physical efforts better.

Jerusalem photos are up next and I wish I could do the place justice because honestly, while I enjoyed Bethlehem, my new favorite country has got to be #Israel.

Blast From the (Recent) Past