Out of character in an outfit but, hey, to hell with it. 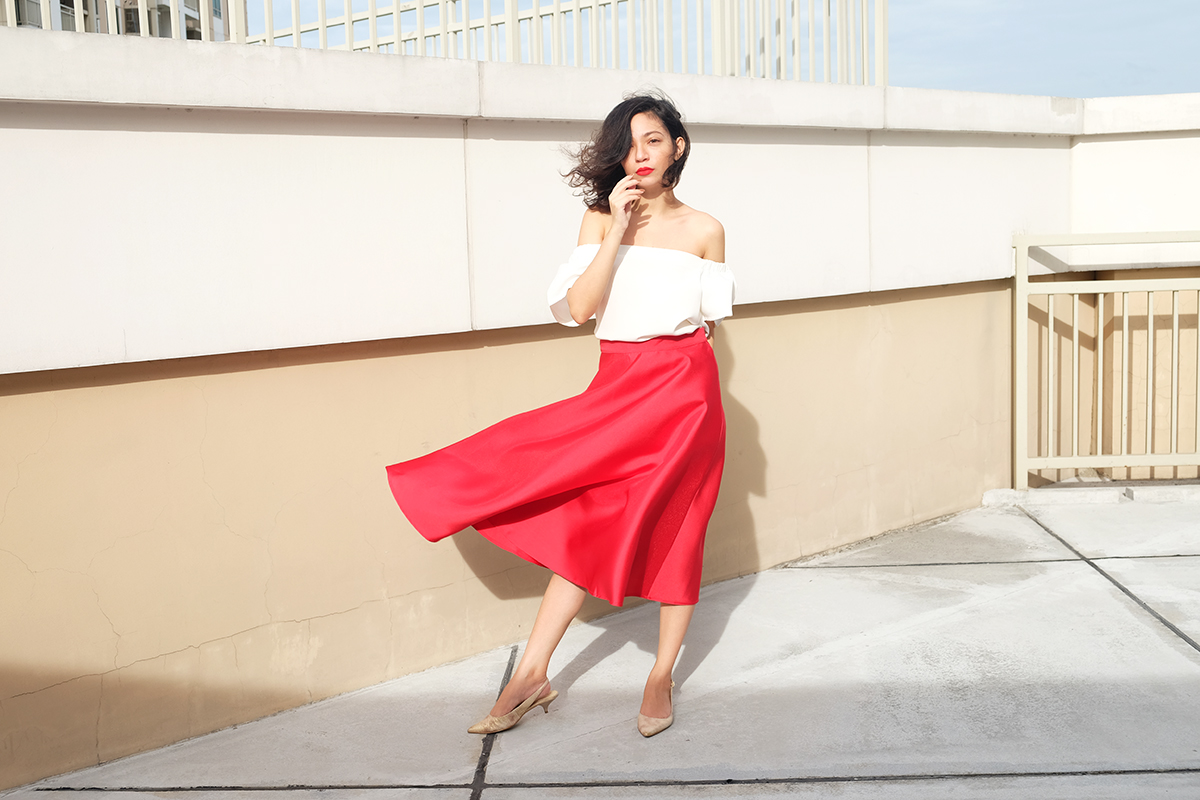 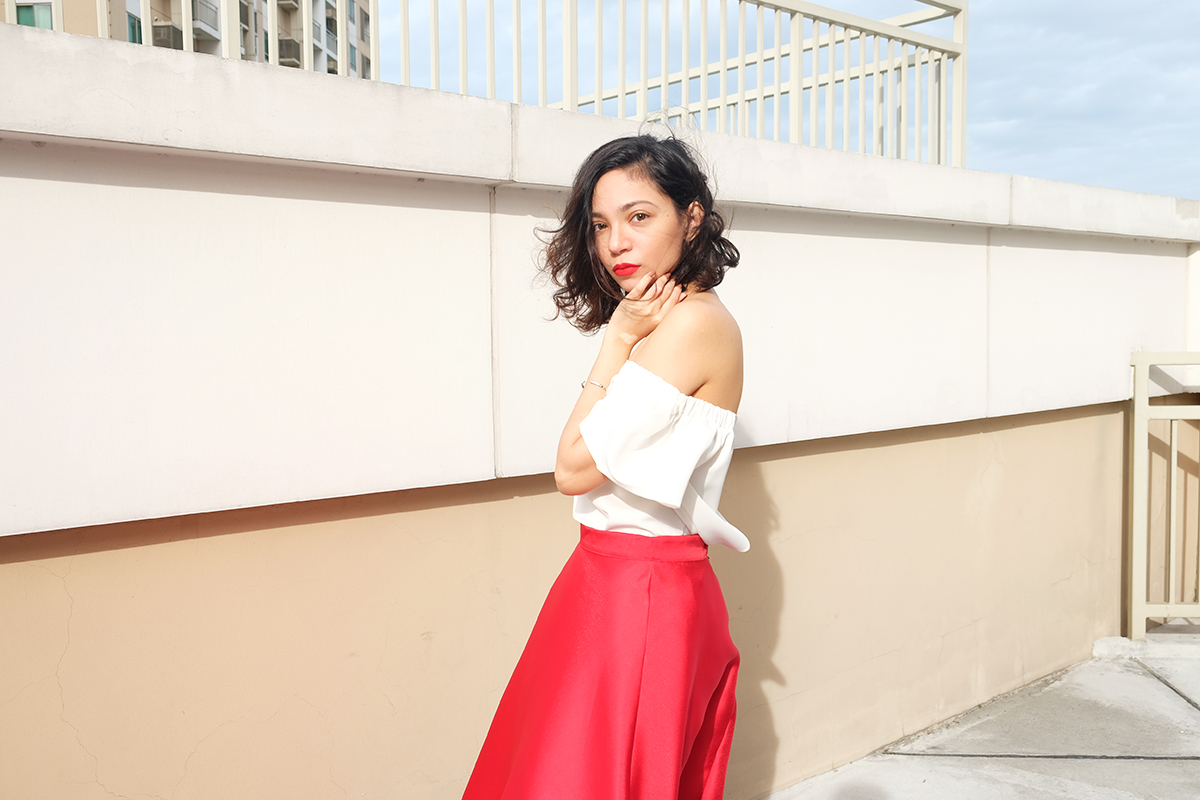 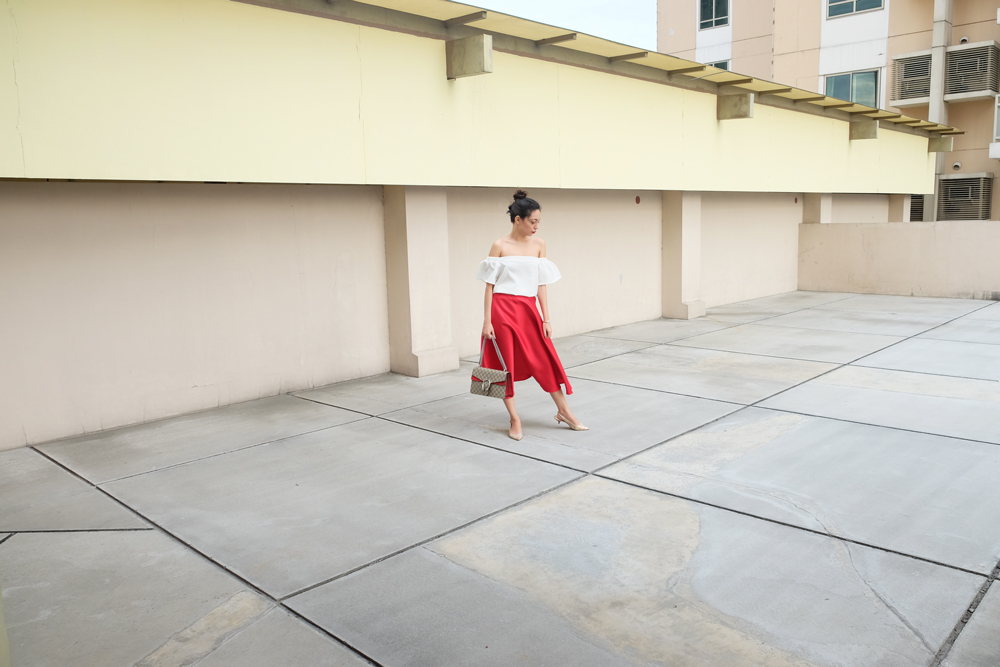 Time and again I’ve been asked to describe my style. And time and again, when I do remember my rehearsed press release, my answer is usually along the lines of “minimalist with bohemian touches.” But instinctively, my mind wants to say street. Even if I’m a long way from actual street culture that I imagine is rife in the streets of LA and New York, for some reason I’m always thinking blacks, loose shirts and what can only be the opposite of what I usually see people wearing at events.

But maybe that’s just a product of my imagination and my desire to not be grouped with the rest of the fashion savvy and trend-driven. It is, after all, a job requirement to stand out from the lot. And that lot has been packed, mind you. So obviously, my subconscious would want my narrative to be somewhat distinctive.

I bumped into some editors early this week and they told me, thanks to a recent feature, that they were happy to find out I was more than just a blogger. And even if it’s something that happens a lot it is getting harder and harder to fight the stereotype. How often do we really have the chance to show substance, depth and the fact that we also do hard work (sometimes, hard labor) outside of posting OOTDs (and share that being a blogger, in itself, is also hard work. Trust me.)

But distinction on the basis of style alone is even more difficult to achieve. Homogeneity is upon us and I can’t really say I’m this or that, let alone a flag-bearer and sole constituent of a categorical, stereotypical style box.  So although I want to say (or think) I’m original, I’m not. So no, I’m not really street in a sea of similar OOTDs. I, too, like certain trendy pieces and looks that are lapped up by the next blogger and fashion enthusiast. Hell, I was going to an event last week and if I didn’t change at the last minute I would’ve been matching a friend who wore the exact same top (and matching neck scarf) I was intending to. Hashtag: Twinning would have been a little too literal.

Which brings me to the look at hand. Though the off-shoulder top is something that I would wear in a heartbeat, the skirt is not. I do err on the feminine side for the most part but I tend to shy away from anything frou-frou and what can only be mistaken as a prom look. So this outfit is a little foreign to me and one I would probably only wear to a wedding, even if I’ve come across the same silhouette and the same look on different occasions. In fact, this skirt was purchased for that purpose and that purpose alone. But, as fate would have it, it didn’t end up being worn to a wedding because I felt uncomfortable and out of my style comfort zone and went with something else instead. Staying true to one’s self is a pretty big barometer of what I walk out of the house in.

On a day when everything was met with an attitude of nonchalance and a “to hell with it” mantra, I finally got to traipse in the skirt. Glad I did too. If only for the wind in my skirt making it more Marylin Monroe than I originally intended, even if I felt slightly out of character.