The recent rains have prompted me to remember water that I actually signed up for: saltwater, that is. 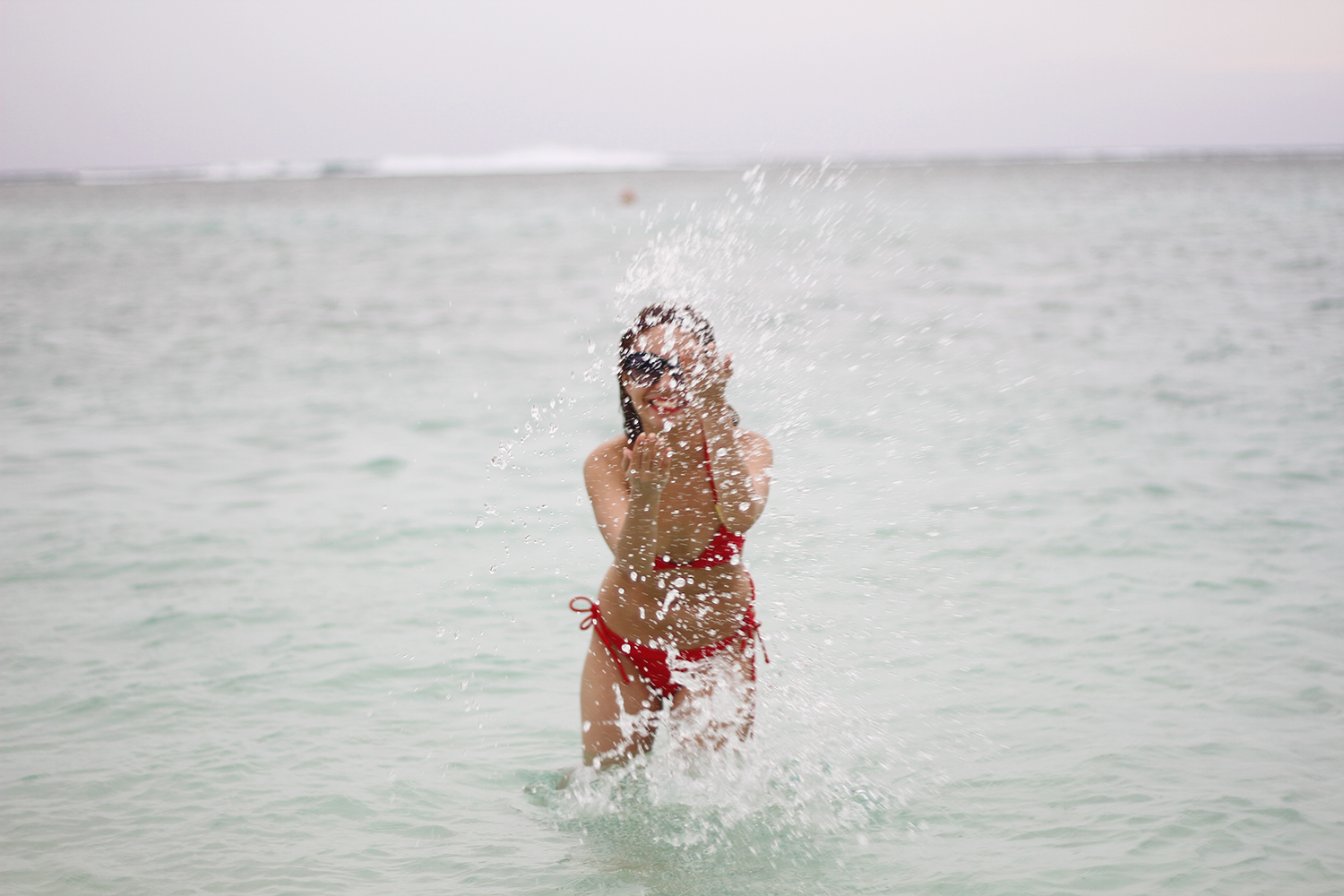 Because it’s been raining non-stop in Manila, I needed to transport myself to wetness that I actually signed up for: the beach in Guam (or as locals say, on Guam.) I spent a full week in the beautiful island of Guam a couple weeks back and had a splendid time. One because the food was awesome – I think I had ribs daily. Two because the beaches were one after the after, most of them having the most exquisite blue waters and the finest white sand.

Although I planned on staying in the water so much more than I actually did, I don’t regret the times I spent just lying down alone on the sand, left with my own thoughts. There were so many realizations during that trip that I honestly didn’t expect but welcomed nonetheless, to be shared in a series of different posts when I can finally put into writing what I’m thinking.

The rest of the time was spent walking around the shops, eating, bumming wifi from all over the place and parading in my bikini, beach or no beach. There was one lucky day that I was able to sneak in a few shots wearing my red and gold Soak Swimwear bikini with the special appearance of a new favorite of mine: my white Kainani clutch. I had the amazing opportunity of interviewing the independent brand from Guam which I will get to writing about right after this post. All in all, it was an awesome day to be immortalized that somehow involved splashing water towards my photographer. As I said, #fun.

A more comprehensive travel diary to follow. (Plus the Kainani feature.) Man I owe you guys a lot. At least I’m making sure you come back.

No? Okay then, what do you want to see more of? #2WayDialogue #LemmeKnow

There’s A New Girl in Town | Ever New

End of Season For No Reason: the Gian Romano Sale