Got my hair diiid at Hairshaft and I’m feeling like a champ.

Hair color treatments always make me a bit fidgety. I’ve had a few dabs with color in the past and I’m rarely ever happy with the results. I’m still pretty traumatized from when my hair turned Johnny Depp-Mad Hatter-orange years ago from treatment gone wrong. My gal pal (and beauty expert!) Angela Nepomuceno has been raving about Fred Penales, a well-known hair stylist from Hairshaft Salon, for a while now and on a whim I decided to just give it a go. She said she’d come with me for moral support anyway (although I think she just wanted an excuse to get glammed up. Just kidding, girl!)

So, after a full day of events and meetings with Angela running around the metro with me driving, getting lost, having the police (yes, actual police) to help me maneuver ‘coz I made the wrong turn, and almost hitting an island with her semi-warning me and semi-laughing from the passenger seat, a trip to the salon was the best way to end the day.

“Do you have pegs?” Fred asked, when I finally met him.

“I can look,” offered the unprepared me. Who asks for a dramatic hair service without knowing what they want? Me, apparently. After quickly Googling Balayage, a color service I’ve been wanting to try, I showed Fred the photos and after a few quick glances he immediately enables me saying, “We can do that.”

The beauty noob in me didn’t actually know what Balayage was prior to the treatment so I had to ask the expert with me. According to Angela, it’s a subtler form of highlighting because it’s a freehand approach to color. I’d later find out what she meant exactly with how the color was blended on my hair and how it turned out. Instead of having harsh highlights (that people usually avoid, AND, when I was young, what people sadly made fun of), Balayage blends the different colors well. Imagine choosing a color and having multiple shades in the same color family seamlessly blend for a more natural look. Kind of like an organic looking gradient (as opposed to the drastic gradients of an ombre). 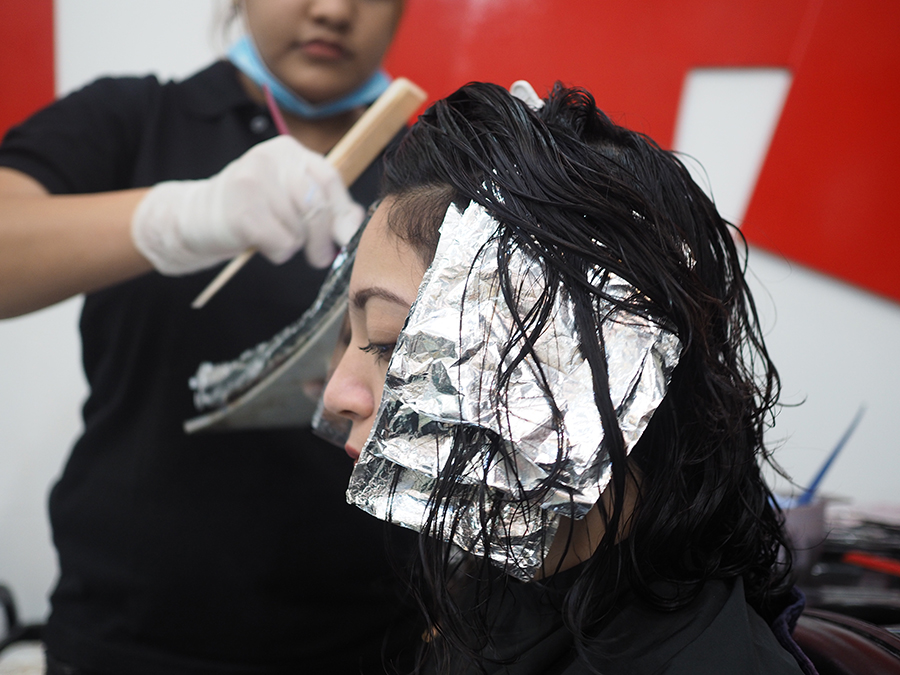 The process was foreign to me as I’ve never really had my hair bleached before. It began with parts of my hair foiled and bleached (see above). After leaving the bleach in for a short while, different expert mixtures of colors going by letters and numbers were applied to my hair. It was much faster than I thought it would be mostly since both coloring and drying was double time- literally double the number of people working on my head. The good news is I didn’t feel any pain from the bleach, the infamous tingling sensation that people keep talking about just wasn’t there. I think it’s because they didn’t apply bleach directly to my roots, which was great. My pain tolerance is pretty low so that would’ve been tough for me. What was a bit painful was trying to comb my hair after coating it with bleach, but I think that’s just because my hair is curly and combs never go smoothly through my hair even under normal non-bleached circumstances. But that was basically it. Those working on my mane said it right, “tiis ganda.“

After a seemingly short while the color was rinsed out and I spent a few minutes at the shampoo station for intensive treatment. But the coloring process was done in one fell swoop.

My salon trip ended with another treatment, the Brazilian Blowout, to keep my newly colored hair smooth and manageable. The Brazilian Blowout involved having my hair coated with the mixture for about 20 minutes and then having it ironed straight away. They warned me that the fumes from the iron could be painful to the eyes. I was half-expecting it since I’ve had the same treatment done before at another place but surprisingly it didn’t hurt this time.

My hair ended up all sorts of ashy and I absolutely LOVE IT. I was actually planning on chopping my hair into a bob because I haven’t had my hair this long in years, but I’m definitely maximizing this color and keeping my hair long for now. I’m obsessed with my hair. Obsessed! What I especially like about how Fred did my treatment is the fact that it was designed for the roots to not be as heavily highlighted as the rest of the body for the color to blend well once my roots start growing. And so far, so good. And I say that with lots of white roots showing already. A few weeks in and my color is lighter and still looking great, even better than when I stepped out of the salon if I may say so myself.

I definitely found a hair godfather in Fred. You were right, Angela, it was about time to be #Fredified. 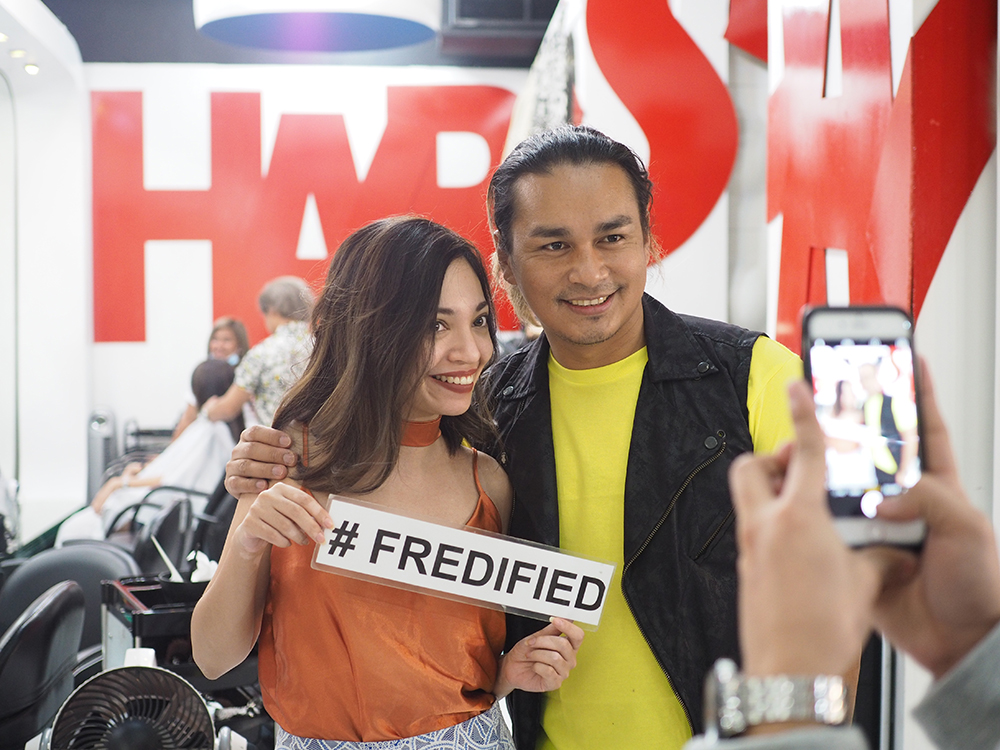 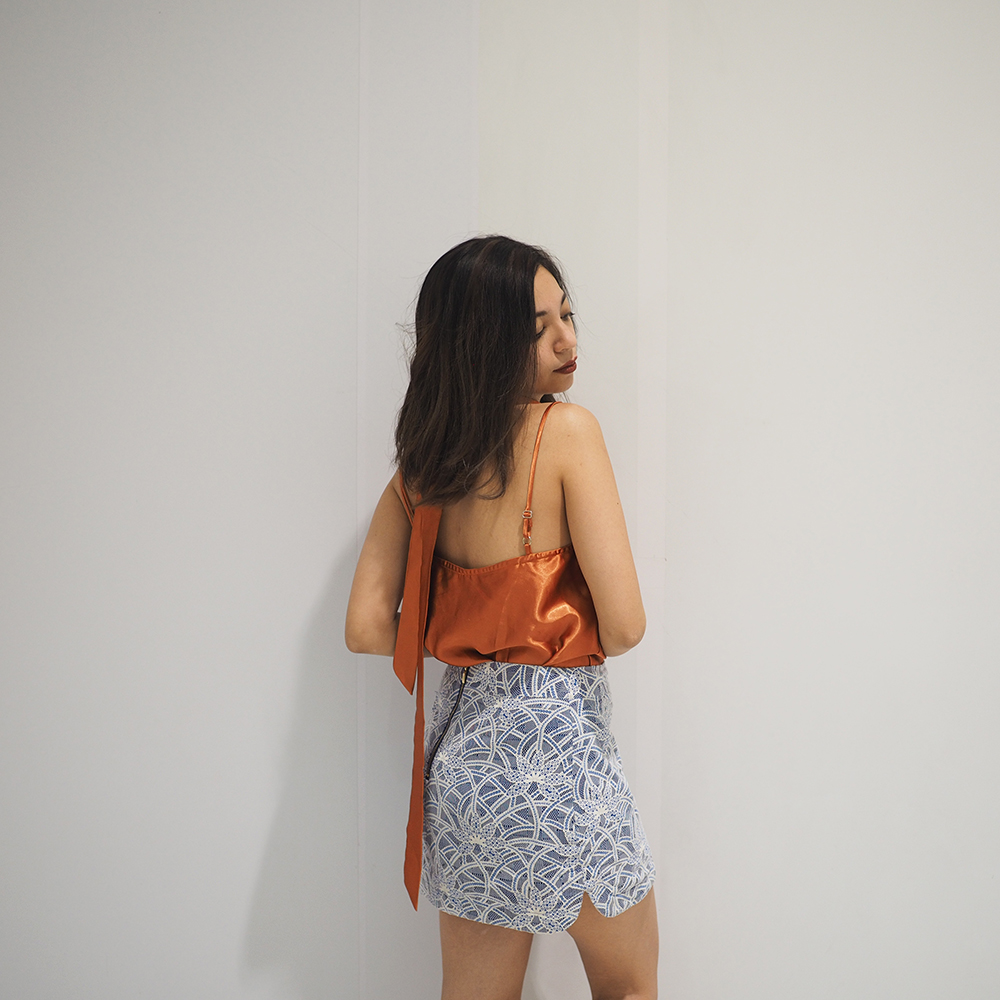 Book your Balayage appointment now at Hairshaft  Podium, Fort, or Robinsons Ermita. If you want to book Fred Penales himself, you can reach him via 09176283906. Follow him on Instagram @HairshaftFred.