Living All Out in Iloilo: Hala Bira!

By now Living All Out has been thoroughly ingrained in my consciousness. Iloilo’s Dinagyang was no different. 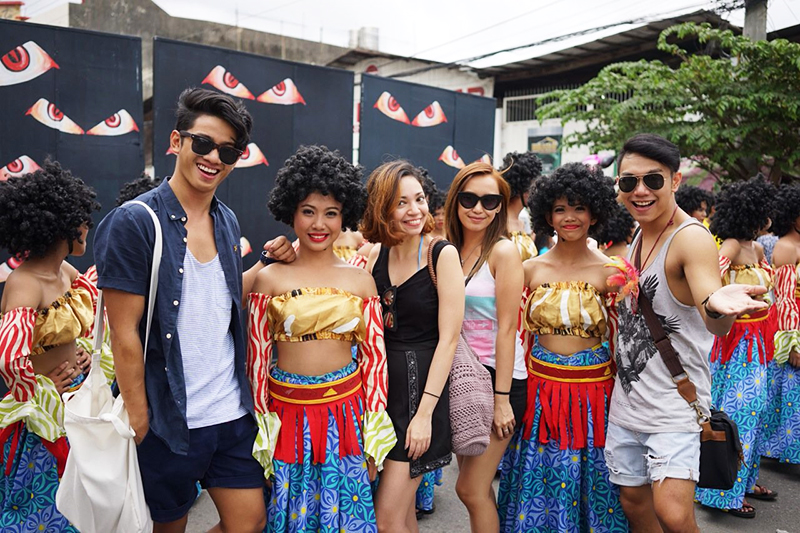 Festival friends: David Guison, Ynnah Bonina and Miko Carreon posing with some of the dancers 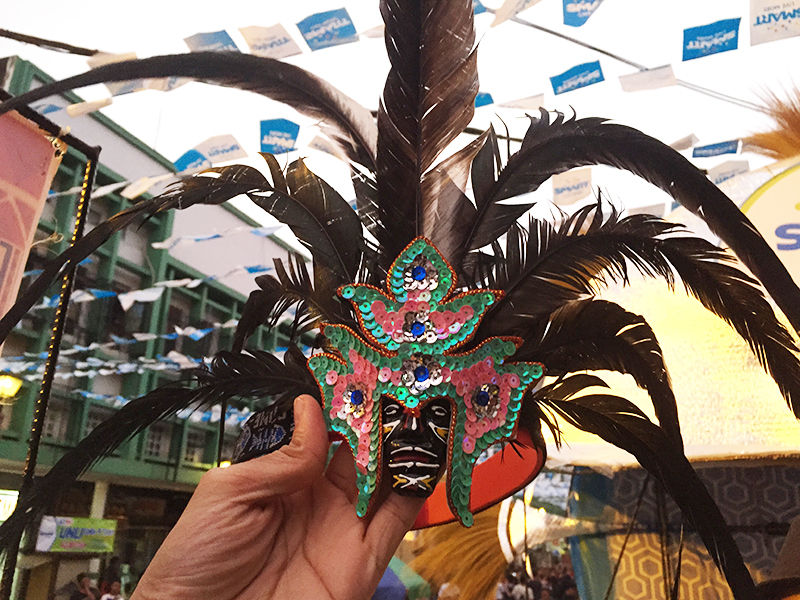 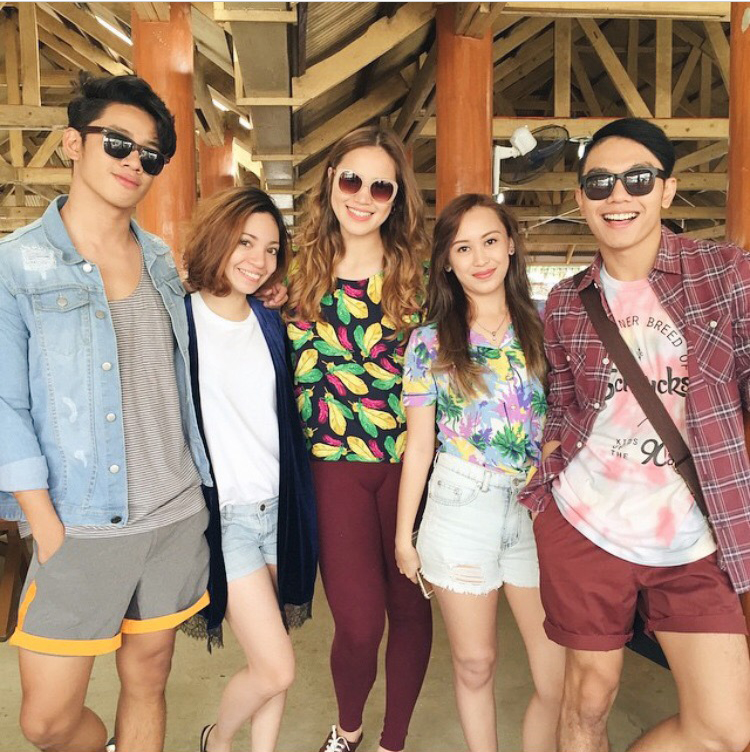 If there’s anything I’ve learned over the past few years attending festivals and going around the Philippines, it’s that Living All Out with Smart Cares is always a good idea.

Last weekend I had the opportunity to visit Iloilo for the very first time for another festival with Smart. With no expectations whatsoever, I was pleasantly surprised. The city is pretty cosmopolitan with a strip of bars, fancy restaurants and its fair share of traffic but also very traditional with a picturesque landscape of churches and buildings that date centuries back. Even schools are seemingly lined with cobblestones and offer a piece of history with each nook and cranny.

But I wasn’t just there to see the sites. I was there to participate in a festivity that’s been getting a lot of attention year after year: Dinagyang. Famous for Ati-Atihan with a lengthy parade of street dancers complete with face and body paint and intricate costumes, Dinagyang is supposedly one of the most crowd-pumping, adrenaline-inducing festivals and just watching the participants is enough to get you in a festive spirit.

I think by now I’ve memorized (if you haven’t yet), that Smart trips always come in a three part formula – good food, amazing parties and exciting parades. So here’s a rundown of what we did exactly and how we celebrated Dinagyang, the Smart Cares way, which is, honestly, at this point, the only way to. 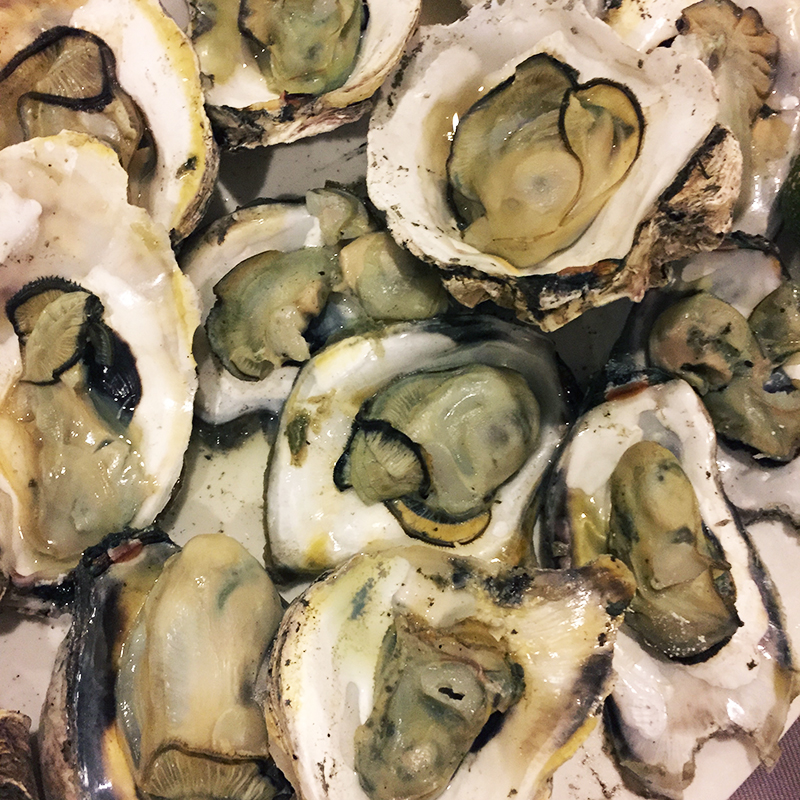 Iloilo is known for seafood, specifically oysters. Oysters are abound to the point that oysters per kilo are sold on side streets. No kidding. They’re very fresh though and I forayed into uncharted territory trying both fresh and baked oyster delicacies to which I’m greatly averse. I tried it as a kid and shucking oysters wasn’t so appetizing to a child below 10 who only really enjoyed fried chicken and french fries. To be fair, the food was really good – not just the seafood. I suggest trying Buto’t-Balat, Tatoy’s and Breakthrough for seafood meals.

Apparently, Iloilo has two other specialties- Molo, clear soup with noodles and dumplings, and La Paz Batchoy, a pork broth soup with noodles. We didn’t get to try their native Molo but we did get to head to the best Batchoy place, Netong’s. They’re opening more branches in Iloilo and I can’t wait for them to open in Manila. It’s really filling and the ones I’ve tasted in Manila don’t come close. At all. 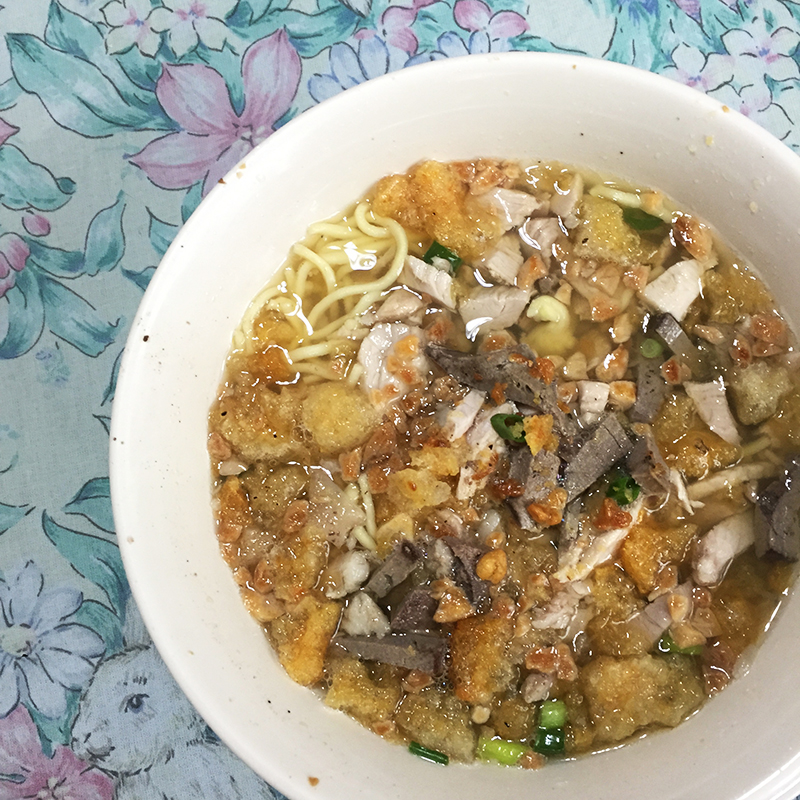 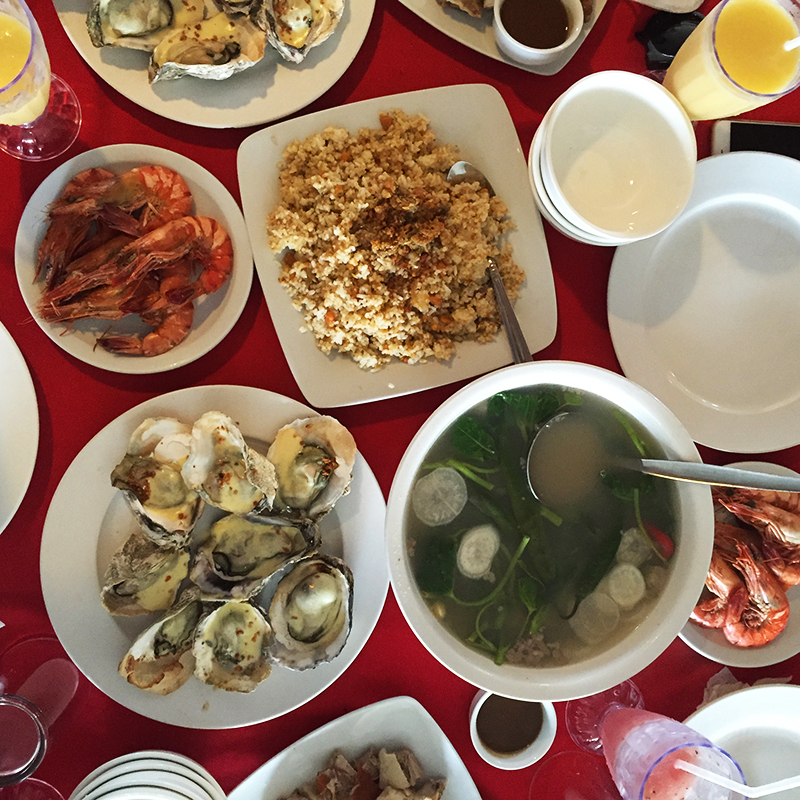 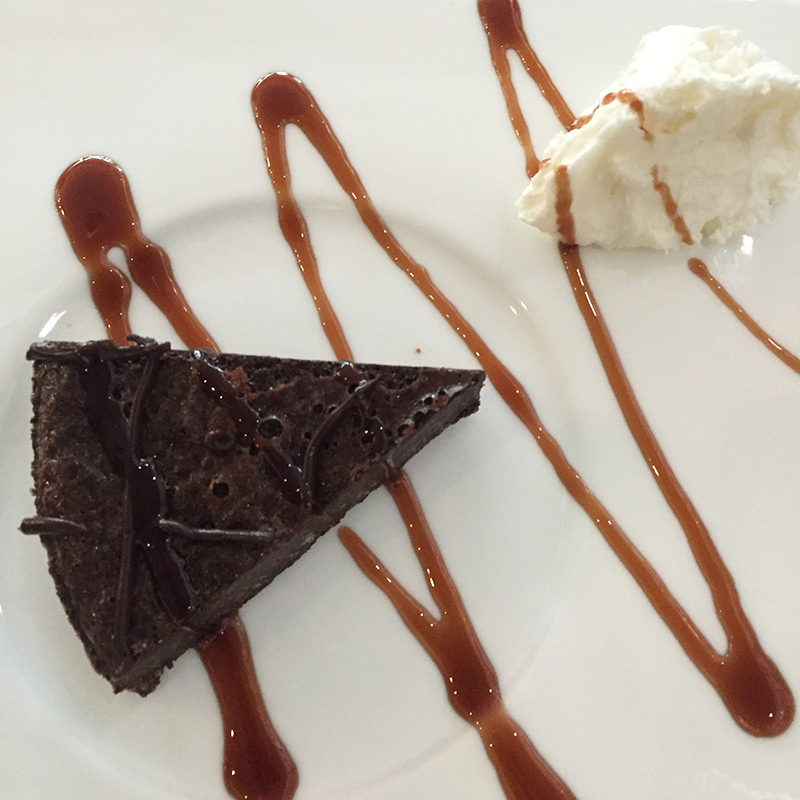 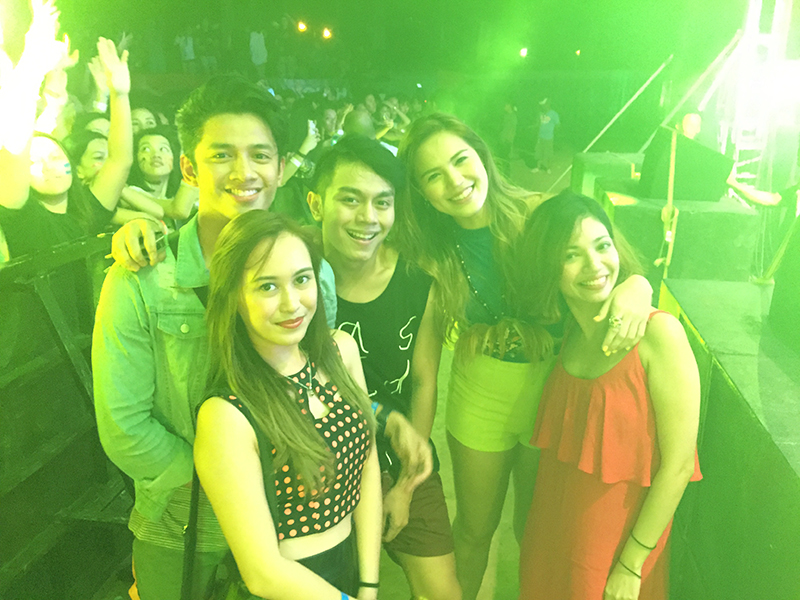 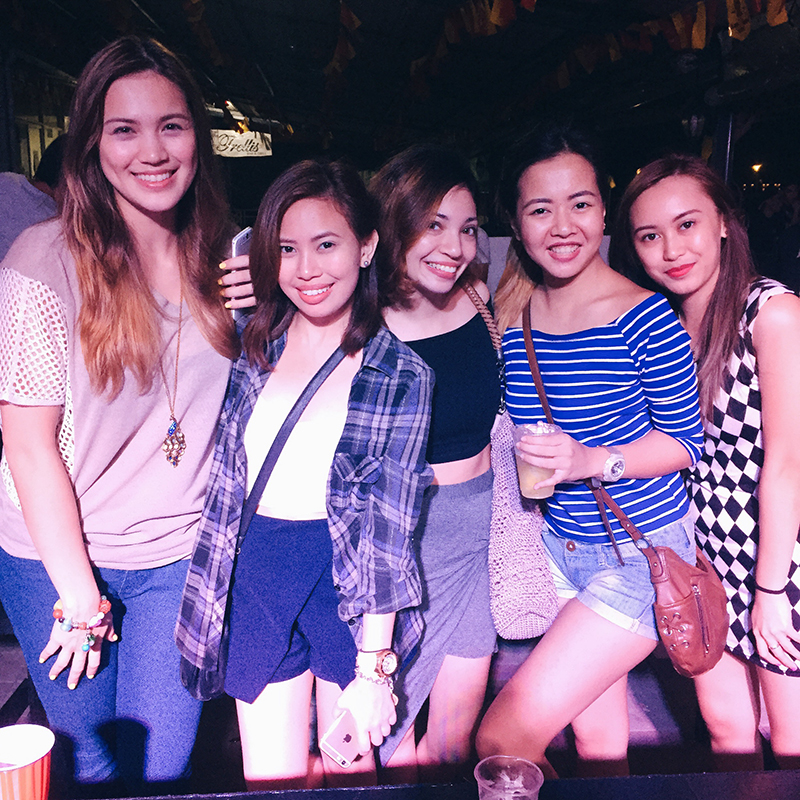 Ah, the parties. Smart has had a long-time partnership with Invasion by Spectrum which is a series of parties that bring some of the best DJs to different provinces around the Philippines. Dinagyang was no different. I was surprised to find out that a lot of people actually flew to Iloilo just for the party. But then again, given how fun and crazy each leg gets, it should’ve been a given that Invasion has gained legions of loyal fans.

The first night we spent in Iloilo was pretty chill with just a beer pong competition (which my team miraculously won). But the second night was a different story altogether. The Smart bloggers and I stayed in front and we had such an amazing time that I was basically dancing and jumping up and down for four hours straight. I honestly don’t think I’ve ever jumped so much in my life. 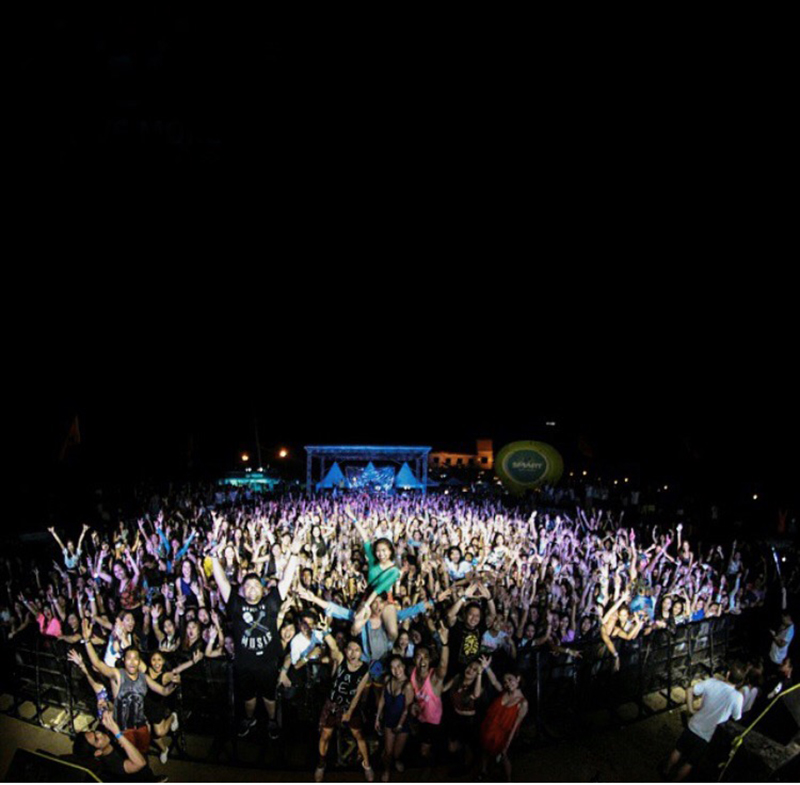 That’s the crowd. Spot me in red! 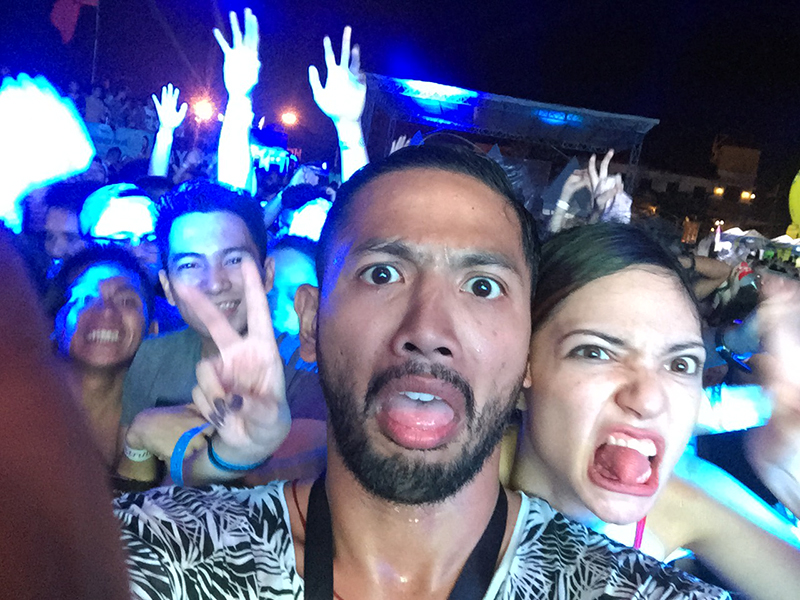 There are, apparently, two parades to look forward to each Dinagyang. The first day is one of floats and brand sponsors each with their own performances and their own form of entertainment. We came across a float with a  bunch of singers belting out Jessie J and we were thoroughly entertained. Our own Smart Cares float was pretty kick-ass with our own DJ and two drummers. My right ear was basically deaf from standing right beside the drums but it was all worth it. I love how we always get to interact with those who are parade-watching and mingle with some readers. We didn’t perform anything but we were pretty consistent dancing all throughout.

The second day took us from spectacle to spectators with us being genuinely excited to see the street dancers. So much so that we counter-flowed just to make sure we were snapping and taking in everything we could. Some of the dancers we came across seemed really tired towards the end that they were left chilling on the floor. Or maybe resting for their big dance number at the end of it all. I wish I could’ve taken photos of them in action, but inaction would do. It was still pretty exciting for us seeing their costumes and their elaborate paint. There were participants of all ages and sizes from cute little girls to grown, muscular men. Everybody seemed to be on board and even the crowd was participating in chanting the famous “Hala Bira!” as the dancers walked past. The floats and themes were also pretty diverse from princess carriages to men in thongs. That, I deliberately didn’t take photos of. 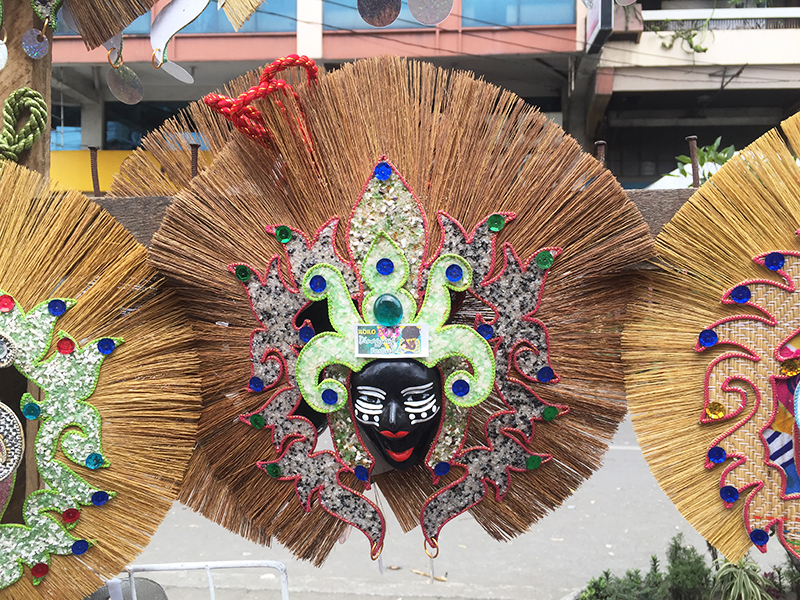 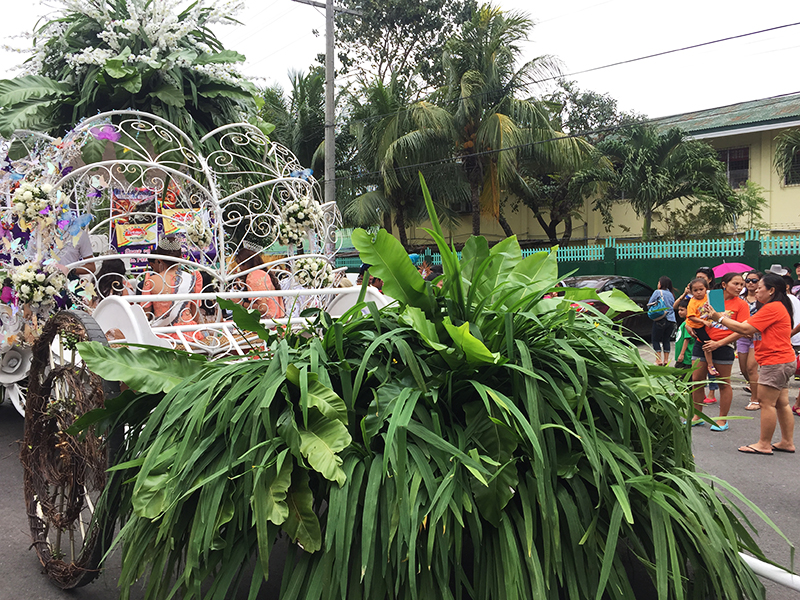 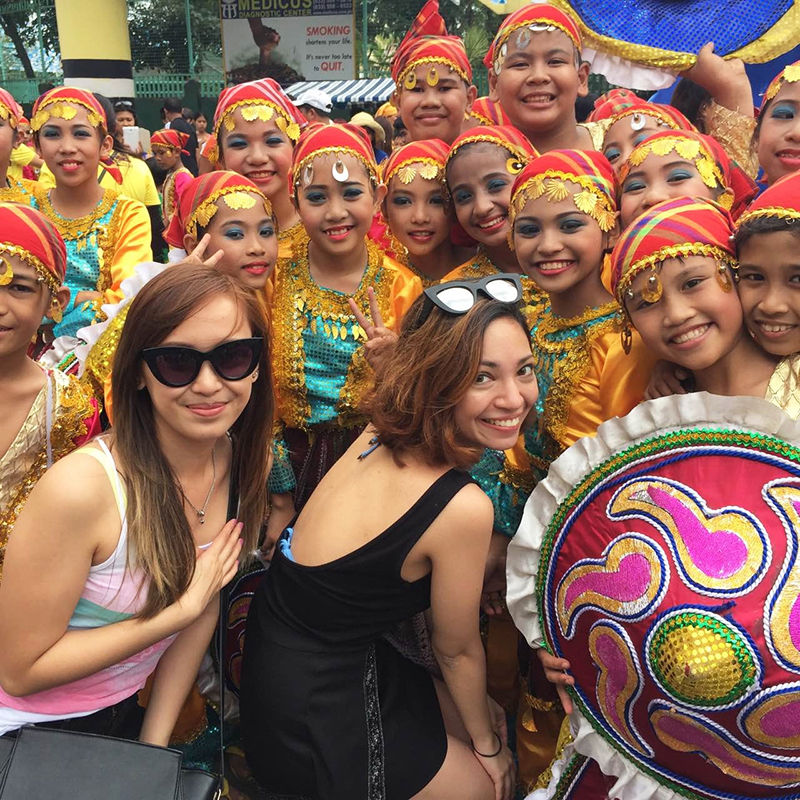 Roommate Ynnah and I with these cute kids. 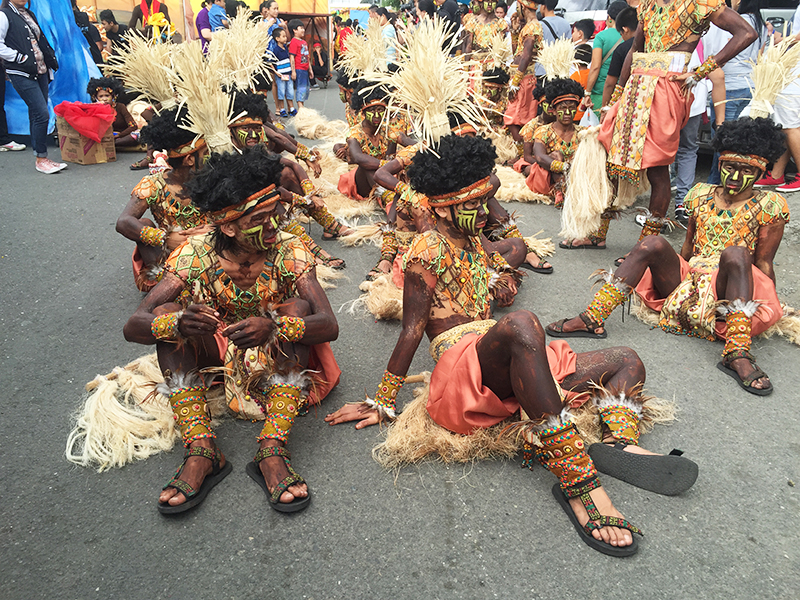 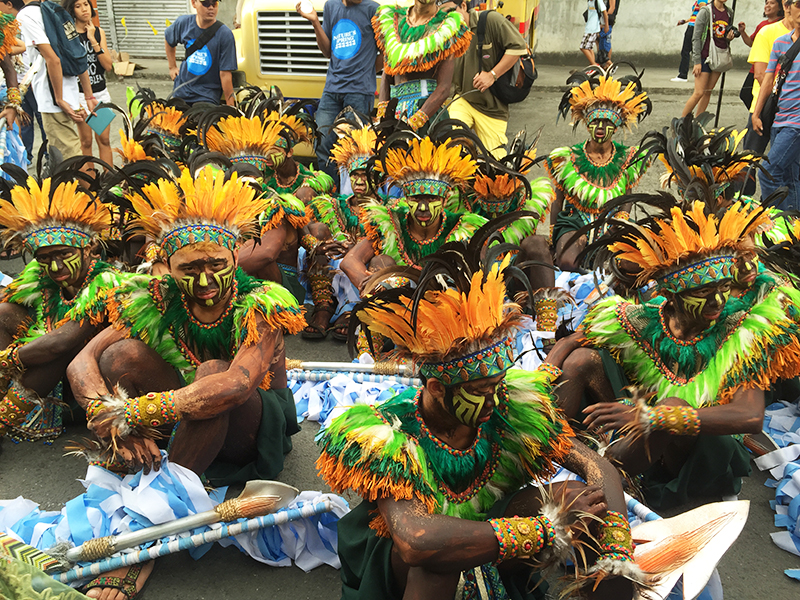 To be fair, each festival brings new insights into how culturally rich we Filipinos are. It’s always informative and entertaining and getting to know more about my country by way of first-hand experience is always a blessing. But of course, it’s never just that with Smart and it’s always the fullest experience somehow.

Living All Out, by now, has been firmly rooted into my consciousness and its a mentality I try to live by trip after trip and day after day. I know I seem to say this after each trip but Dinagyang has been the best Smart festival I’ve attended by far. Though both Sinulog and Masskara were really hard to top, this short but sweet trip seemed to hit just the right places. (And it’s not just because we ate at 4 different restaurants straight one afternoon.)

By now I can officially say I’ve been living all out for years on end and you know what? It’s been awesome. 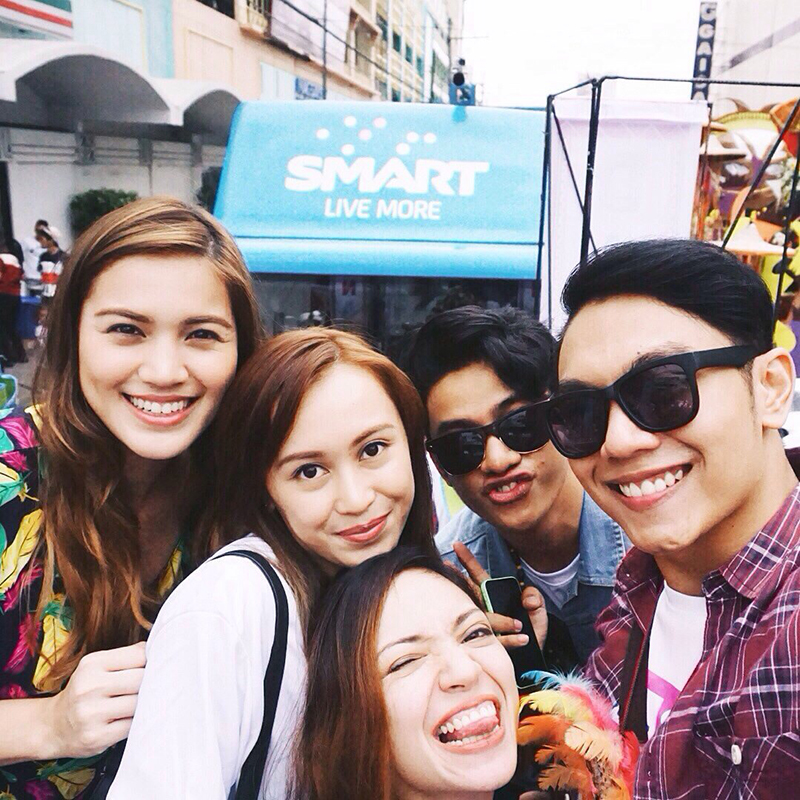 Thank you, Smart, for another amazing festival experience. You guys are the absolute best. Shoutout to Yeg, Kim and Tob for taking amazing care of us yet again. Looking forward to more trips with you!

Photos taken via my Smart iPhone6 (except for two snaps from David. Thank you, DG!)

A Day In The Life