What are your addictions? Food? Shopping? Social Media? Let’s get checked in together.

I have a confession to make: I have an addictive personality. No, not the kind that constitutes rehab although if Shopaholic’s Anonymous becomes a more prominent institution I may as well sign up. (So far I’ve only found a few. Still not that rampant and problematic then.) What I am talking about though is getting addicted to certain meals or food groups that I have them everyday for months (true story) or getting addicted to certain styles or colors that I end up unconsciously buying the exact same things. Not so awesome for my wardrobe, even worse for my cash.

Let’s talk food. Back in college, I started getting addicted to this meal available in one of the stalls in Ateneo called Five Spice Chicken. I had it for 2 months straight Monday through Friday. Then I moved on to another stall’s meal: Katsudon and had that for weeks on end. A little less than months this time but I was still particularly loyal. Now I don’t necessarily eat out everyday. The real world’s inflation is so much higher than what I thought overpriced food was back then as a student. In a perfect setting though my abused meals would be ramen, pho and Wildflour’s Steak and Eggs with kimchi fried rice. (Maybe heaven is an all-day buffet.) 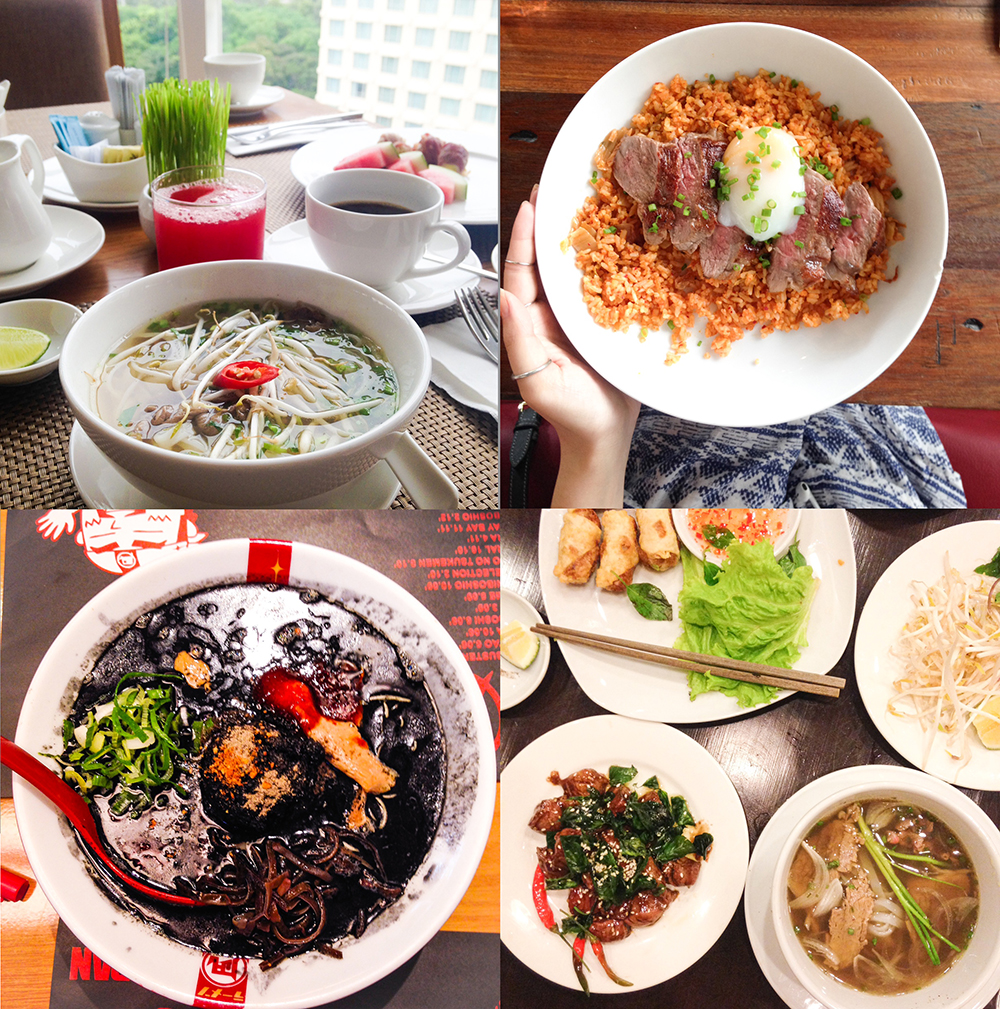 Clothes-wise, I’ve been a little less aware of my addictive tendencies until I started packing for a recent trip. For a person supposedly print-averse, I found an array of tropical/Hawaiian inspired purchases, side by side camo print buys and food group pieces (I have 3 pineapple print garments specifically and I don’t even like pineapples. Seriously, who needs three?)

I recently stumbled upon a promo online that made me realize it isn’t just food or clothes I’m addicted to. Also social media. Most of the time, to be honest, I’d rather be on Instagram though I browse photos so much more than I post – still getting the hang of it. But I’ve always known my first love was Facebook. (Plus, most of my important messages seem to come from there.) So since availing of the new unlimited Facebook for just 2 pesos promo, I’ve been on it so much more which is kind of awesome because I realized how few of my friends are on Instagram and that they seem to share their lives more on Facebook. I get to be part of it somehow still and send them random messages instead of just a double tap. It feels great.

If YOU want to avail of this new #SmartUnliFB2 promo, just send FB2 to 6406 (more details at http://smrt.ph/unlifb2a). I honestly think that versus all my double/triple/quadruple prints, my 2 pesos spent being connected is my most well-spent 2 pesos.

If it does reach the point that I’d need a Social Media-holics Anonymous, I’ll let you know. We can probably go together. For now, I’m keeping 2 pesos everyday for my figurative Facebook piggy bank.

Have I mentioned my profile picture has been the same for more than 2 years now? hanging it right. now.

Camouflage Of A Dress